June 25, 2018
Happy Summer! We officially kicked off construction at Oliver mid-May and things have been rolling ever since. We ended this week with insulation so that means next week we will be ready for drywall!
Meanwhile…… back at Carl Stuart, crickets are chirping and tumbleweed just blew across the scene. Yep, that construction site looks like a ghost town. We started off strong with demolition and had the place pretty much gutted before school let out, but then the project came to a screeching halt. Just when I thought I was catching on to this construction business I go and ask a silly question at the permit office that ends up getting my permits yanked.
Now that sounds a little more dramatic than it was. It wasn’t like I was in trouble, it’s just that my question triggered the city to ask for more drawings before they were comfortable signing off on the project. Unfortunately, my hand-drafted drawings did not cut it so that meant more time with Bob the draftsman. Between Bob’s camping expeditions and our trip to DC to support Colby at the National History Day competition, it took 3 weeks to revise the plans and get them resubmitted to the city- But I’m happy to report that as of 2pm Friday we have our permits back in hand and will be hopefully moving forward with the renovation by the end of next week.
Here is what the house has looked like for the past month: (I’ve included the pre-demolition pictures as a reference point)
View from the front door: (Was soooo excited to find hardwood under that carpet, unfortunately, it stopped past the carpet.) 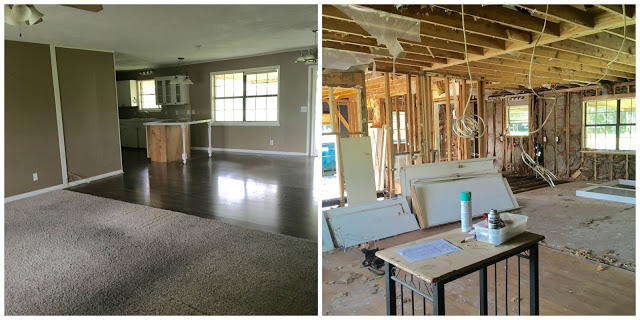 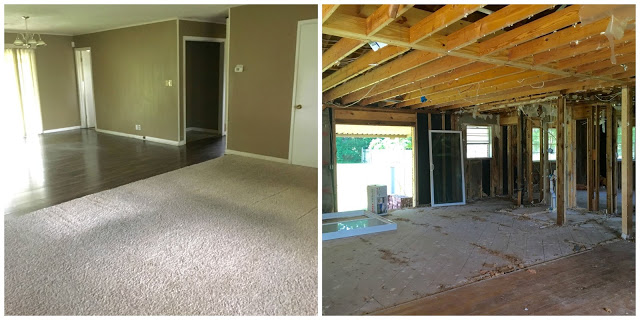 Kitchen with wall torn down that separated kitchen from master bath:

This view shows the wall down in the living room so you can see into the master bedroom and vice versa: 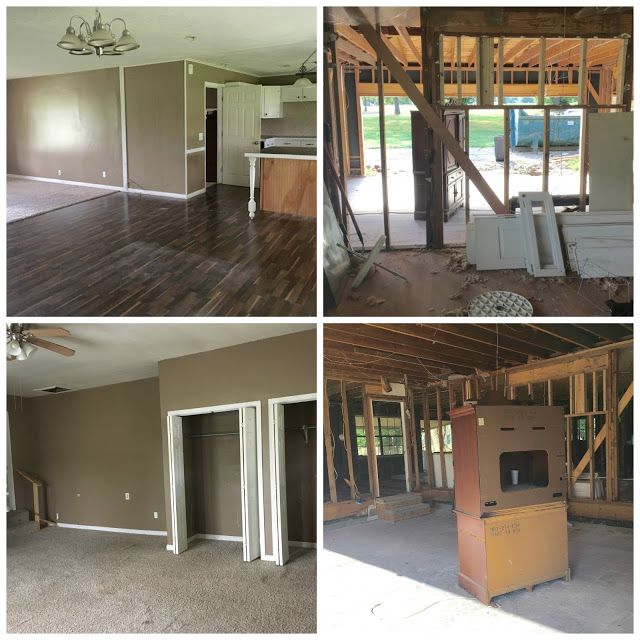 Behind the dining room and living room wall you can see into the 2 bedrooms: 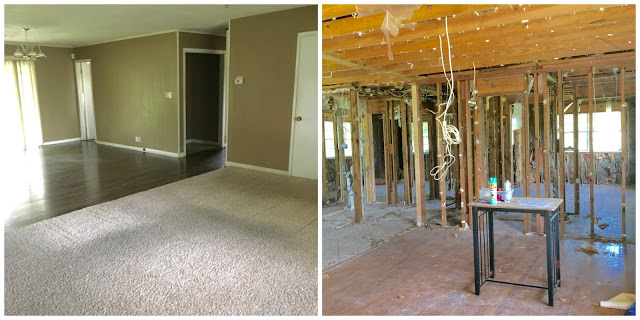 And here is what she looks like if you drive by:

We took the bricks off the section of the home that is going 2 stories but tried to save as many bricks as we could so we could reuse them during the renovation. You see that pile of bricks? 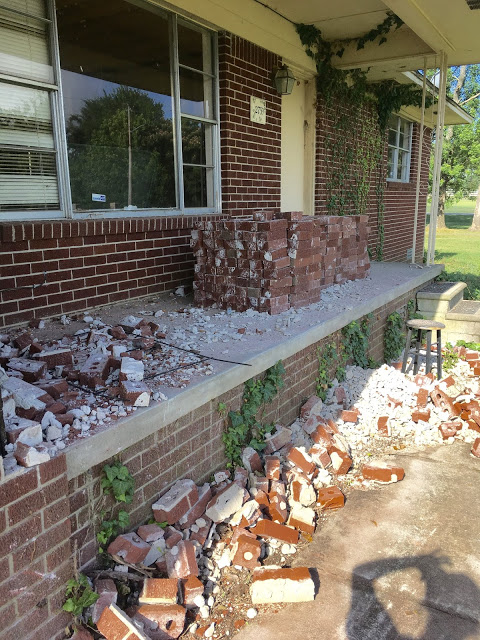 That pile represents pure misery. When we first started I had a goal of rescuing 100 bricks a day. By rescuing I mean finding whole bricks amongst the rubble piles of broken bricks and chiseling off the mortar from around the brick and inside the brick holes. Can I just tell ya? I now have a better understanding of what it felt like to be an Israelite trapped under Egyptian rule with a seemingly impossible brick quota to meet during the pre-plague years. On more than one occasion I caught myself singing:
Pharaoh, Pharaoh
Oh baby! Let my people go! HUH!
Yeah! Yeah! Yeah! Yeah! 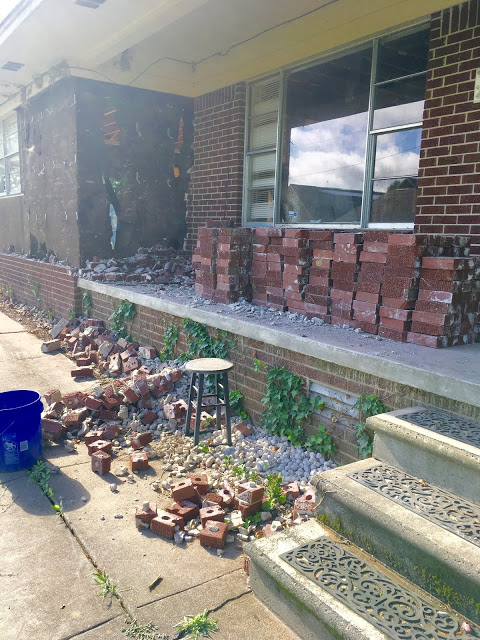 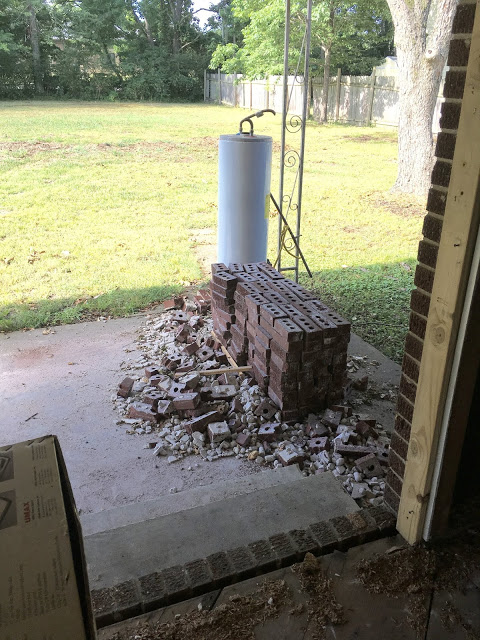 After about a week chiseling away at the bricks in the hot sun by myself, I recruited the rest of the family to help. With the family by my side, we looked and felt like members of a chain gang.  I used the opportunity to encourage the boys to flee a life of crime and to stay in school. I also tried to convince the boys they would have such a sense of pride every time they walked up to our home and saw the bricks they had worked so hard to salvage….. I don’t think they bought it.
As of right now we have saved about 800 bricks. By my calculations, we need close to 1500 to patch repositioned doors and windows…. not going to lie, that deficit makes me want to cry.
In other news, Sister has been under contract for a few weeks and is set to close on Aug 3rd. Obviously, the new crib will not be ready by then so we will be moving into a rental during the interim.  Had REALLY hoped to be move-in ready by the end of September but now I’m just hoping the house will be done by Christmas.
Hope to have a more positive Carl Stuart report for you next time. In the meantime, stay cool and enjoy your summer!